Citizen is launching a new watch model that can be used by anyone, including blind and visually impaired people, at the beginning of March. This new product was planned and developed together with a variety of potential users, based on the principles of inclusive design. Citizen will donate 100 of these new watches to a school for the blind and visually impaired in Thailand.

* Inclusive Design is the process by which a diverse range of users is involved in determining the design and/or functions of a product or service from the initial planning and development stages. The inclusion of users outside the conventional target market allows the product to be used by as many people as possible, regardless of economic, physical, or other factors. 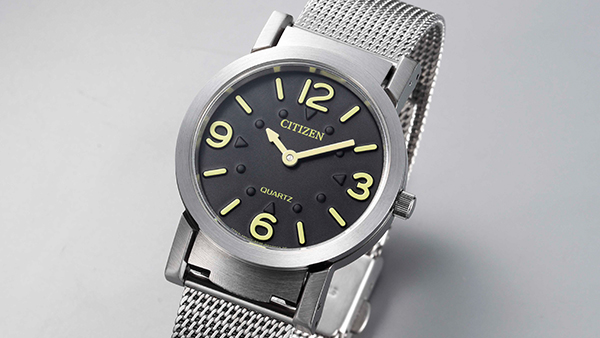 Citizen produced the first made-in-Japan watch for blind and visually impaired people back in 1960, the Citizen Shine, based on our corporate philosophy, “Loved by citizens, working for citizens.” Production of these watches has continued for the last 60 years. Now in 2020, Citizen is continuing its efforts to create a better society, including initiatives to achieve the Sustainable Development Goals (SDGs). We aimed to create a watch that can be used by anyone – sighted people, blind people, and visually impaired people. All of these potential users were involved in the planning and development phases for this new product as part of our inclusive design approach. This new watch is now ready for release.

“I want my watch to be fashionable, just like watches sighted people wear.”
“I want a watch that doesn’t look like it was designed for blind or visually impaired people.”

Design elements and practical aspects of this product were refined based on interviews with staff and students at the School for the Blind and the Blind with Multiple Handicaps Lopburi in Lopburi Province, Thailand.

The product is designed to be easy-to-use for everyone, including sighted, blind, and visually impaired people. Designers adopted an inclusive design approach, incorporating the views of a range of potential users from the planning and development stages.

２．Designed to Match Any Style

The simple design of the lid (glass cover) and the matte finish of the tactile watch dial minimize the appearance of fingerprints and tactile features. The matte finish, combined with the clean and contemporary font used for the numbers, allows this watch to match any style of clothing.

[Citizen’s Contributions for a Better Society]

Past models developed by Citizen for the blind and visually impaired: 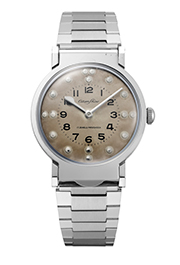 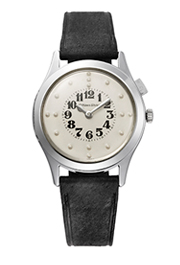 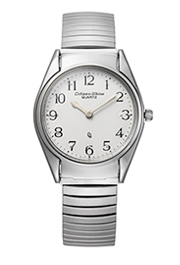 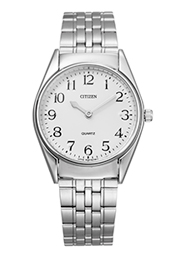