CITIZEN Brand Ambassador and professional tennis player Naomi Osaka has won the US Open 2020 wearing her Naomi Osaka signature model watch. This is Naomi’s third Grand Slam title – she has reclaimed her crown as US Open champion after first winning the tournament in 2018. 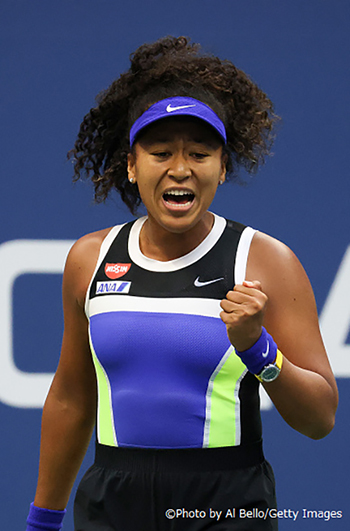 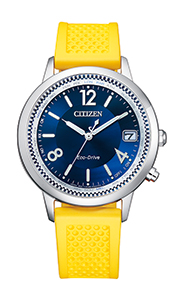 This exciting Naomi Osaka Model is a light-powered Eco-Drive radio-controlled watch*1 with a world time function. The bright colors were chosen by Naomi Osaka for this unique signature model, with the clear blue of the sky contrasting with the bright yellow of a tennis ball. The case is made of lightweight Super Titanium™*2, which is approximately 40% lighter than stainless steel. It also has a light and comfortable urethane band.

The “Naomi Osaka Model” is a multi-band radio-controlled watch. It receives radio signals in the area of Japan, China, Europe and North America to precisely adjust watch time and it covers 26 cities around the world. Additionally with the Eco-Drive technology, it does not require periodic battery replacement to power the watch. The black spare urethane band allows you to change the color combination to suit any mood or fashion.

“The vivid color scheme is inspired by the image of a yellow tennis ball rising to the blue sky, and feels empowering just to wear it” 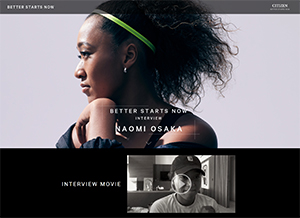 The Better Starts Now special website features a video message from Naomi Osaka who is a perfect example of our Better Starts now brand statement. We are inspired by her positive attitude and her determination to move forward and find the next opportunity to create Better in the Now, no matter what changes she faces. The site also features video messages from other inspirational people who identify with CITIZEN’s Better Starts Now philosophy. They share their thoughts and how they have responded to the challenges they face, including in their daily lives, as they continue to excel in their respective fields. Their video messages provide hints about how we can all take a positive step forward right now. 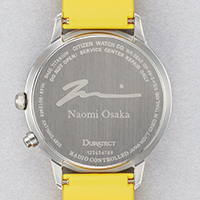 CITIZEN shares Naomi’s commitment to always give her best while pursuing the world’s top seed — without hubris. This is embodied into the global CITIZEN brand statement “Better Starts Now” — that is, no matter who you are and what you do, it is always possible to make something better, and now is the time to start doing it. CITIZEN pledges to continue supporting Naomi in her endeavors to compete at the peak of her performance.

Born on October 16, 1997 in Osaka, Japan to a Haitian father and a Japanese mother. Moved to the U.S. at the age of three and currently resides in Florida. Started out being taught tennis by her father, joined the International Tennis Federation (ITF) tournaments at the age of fourteen, and turned professional in 2013.
Qualified for the Women’s Tennis Association (WTA) tour championship in July of 2014 at the Bank of the West Classic for the first time. In January 2016, at the Australian Open, qualified to enter her first Grand Slam, rolling into the third round and rising into the top 100 of the WTA rankings. In the same year, reached the third round of the French Open and US Open as well. In October 2016, at the Toray Pan Pacific Open, reached her first WTA final and moved into the top 40 of WTA rankings. Won “Newcomer of the Year” at the 2016 WTA Awards, an award given to the player who made the biggest breakthrough. In March of 2018, became the first Japanese woman to win the Indian Wells Masters in California, U.S., also known as BNP Paris Open — in the Premier Mandatory category — widely considered the second biggest event in tennis right behind the Grand Slam, joining the ranks of the world’s top players. Won a Grand Slam singles tournament in September 2018 at the US Open and her 2nd Grand Slam title at Australian Open 2018.
Ranked as the WTA No.3 female tennis player in the world as of 14 Seotember 2020.